THIS IS COMING SOON FROM AAAARGH! PRESS 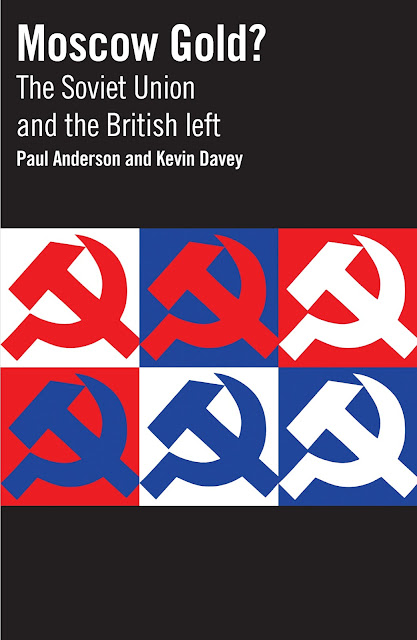 Posted by Paul Anderson at 11:43 No comments:

THATCHER WAS A FAILURE

The death of Margaret Thatcher has prompted a wave of public controversy that is quite extraordinary – if only because she had not been a player in British politics for so long. She left office in 1990 and had only a minor role after that – notably in criticising her successor as prime minister, John Major, for his failings on former-Yugoslavia (on which she was right) and the European Union (on which she was wrong). No one now under the age of 43 voted in a general election in which she was a candidate; no one under 52 was a voter when she became prime minister.

Of course, her time in office was eventful, sometimes dramatic, and a lot changed while she was in charge. On the home front, her government destroyed the power of the trade unions – aided by the inept leadership of the National Union of Mineworkers – and privatised the utilities and most of the nationalised industries. It let council tenants buy their homes, allowed manufacturing industry to collapse, started the deregulation of the City and radically curtailed the autonomy of local government.

In foreign policy, there was the Falklands, resolute pursuit of the cold war and a policy on Europe that favoured the single market but opposed anything smacking of federalism. And of course, she did what she did with a distinctive style, which you either loved or loathed if you were around at the time.

But was Thatcher really the game-changer that both her fans and her critics claim? It’s true that the unions have never recovered from their 1980s defeats – and the chances of any future government engaging in a programme of renationalisation are small, if only because it would be expensive.

Otherwise, however, the big changes of the Thatcher years, where they weren’t crudely implemented adjustments to the inevitable, look increasingly thin and very much reversible.

Coal and steel would have withered in the face of international competition under any government: Thatcher’s approach brutally hastened their demise and maximised the pain to communities reliant on heavy industry for work. Manufacturing would also have declined under any government because of competition from the far east, though it was made worse by the absence of any coherent industrial policy from the Thatcher government (or any of its successors). Deregulation of the City – continued by subsequent administrations, Tory and Labour – gave us the crisis of 2008 from which we are yet to recover despite massive state intervention to rescue the banks. The sale of council housing to tenants was a bonanza for those who bought, massively subsidised by the taxpayer, but councils were not allowed to use the receipts to build new homes, and, particularly in London and the south-east, right-to-buy owners soon sold up to buy-to-let landlords who charged obscene rents paid by housing benefit. Now we’ve got a housing crisis.

As for foreign policy – well, the Falklands really doesn’t matter except for patriotic myth-makers, and the cold war is long over, though it’s worth noting that Thatcher was completley ineffectual in its last phase. She might have identified Mikhail Gorbachev as a man with whom she could do business, but she resisted the removal of nuclear weapons from Europe in the late eighties and opposed the unification of Germany in 1989. On the European Community, her record was disastrous. Britain’s bone-headed obstructionism under her watch in the late 1980s played a key part in framing the Maastricht treaty on European Union along lines that have since 2008 been exposed as utterly idiotic – a central bank committed to quell inflation and nothing else, no European federal government.

Thatcher seemed a big figure, but she wasn’t really. She won the 1979 general election with a small majority because Labour’s corporatism had failed – and then got lucky. She won massive majorities in 1983 and 1987 after a small part of the Labour leadership defected to set up an Atlanticist pro-Europe centrist party in alliance with the Liberals. She then became a heroine of the anti-European right, which took control of the Conservative party in the 1990s and lost three general elections in a row.

And that’s it. There’s not a lot in the legacy to fear apart from the remarkable success of her appeal to affluent working-class voters in 1983 and 1987. Can David Cameron do the same in 2015? Almost certainly not – and that’s despite the fact that, with the help of the Liberal Democrats, he’s engaged on a plan to shrink the state that Thatcher could only dream about. I’m not dancing on her grave, but she was a failure whose reputation will fade as soon as Britain elects a decent democratic socialist government.
Posted by Paul Anderson at 08:00 No comments:

The New Statesman  is 100 years old today. Raise a glass!
Posted by Paul Anderson at 00:00 No comments: