I've just discovered that the comrades at libcom.org have scanned the libertarian socialist magazine Solidarity for Social Revolution from the late 1970s and early 1980s and put it online. The last few issues include quite a bit from me, much of which is rubbish. I also did a lot of the production work. Am I embarrassed? Not at all! It's here in all its glory ... 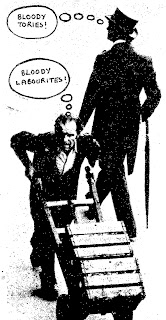 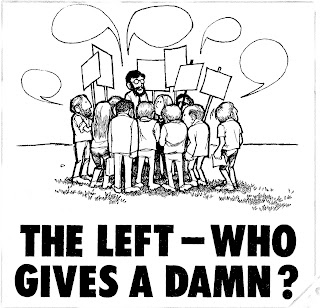 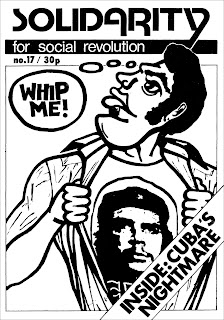 Posted by Paul Anderson at 15:41 No comments:

THE BABY WILL BE CROWNED AS A PENSIONER

Now, I hate to do this but … the royal baby is rather a long way distant as king or queen unless the proverbial bus does its business.

The new baby is third-in-line to the throne, after his great grandma, his granddad and his daddy.

This lot have got to die first:


Now, given the longevity of the royal family and the quality of their private health care, it’s not mad to suggest that Prince William will die in 2083. That means that the sprog accedes to the throne at the age of 70 and rules at the end of the 21st century. O frabjous day! Callooh! Callay!

Why not put this nonsense to sleep?
Posted by Paul Anderson at 18:42 No comments:

The giant bust-up over Labour’s parliamentary selection in Falkirk has eclipsed everything else in British politics for the past couple of weeks – and Labour’s relationship with the trade unions has the potential to escalate into the story that dominates the summer and the conference season.

And of course it matters – just as it mattered last time it became the really hot issue, 20 years ago, when Labour went through months of hell arguing the toss about John Smith’s attempt to introduce the principle of “one member, one vote” to internal Labour elections while continuing to allow affiliated unions a key role in the party’s organisation. Smith got his messy compromise through in the end, but it was only at the very last minute after some desperate behind-the-scenes conference fixing. It made for marvellous high drama, and the settlement reached in 1993 proved much more resilient than seemed likely.

How much the whole hoo-hah really changed is another question, however – and Labour’s preoccupation with its own structures undoubtedly diverted it from more important things. I have a feeling that the same might be about to happen now, if it’s not already happening.

Until Falkirk came along, the shadow cabinet was obviously attempting to get into pre-election mode. Last month’s speeches by Ed Miliband and Ed Balls accepting that an incoming Labour government in 2015 would have to stick to the coalition’s budget for a year were followed by a lacklustre intervention by the shadow education secretary, Stephen Twigg, in which he announced that Labour would not do anything against “free schools”, though it wouldn’t actually promote them.

Last week was supposed to be when Labour made it clear that it wasn't actually against a referendum on British membership of the European Union – though it wasn’t exactly in favour of one either. The party just about got the point across because someone left a briefing paper in the gents’ that was subsequently published by a right-wing blogger (or am I mixing this up with something else?). But thanks to Falkirk it made only the online equivalent of a paragraph on page nine.

Now, a cynic might suggest that Labour’s attempts to deal with the important issues have been so utterly hopeless that the confrontation with Len McCluskey is a welcome opportunity for Miliband to prove he can make tough decisions, and that he should now pull out all the stops to push through radical changes to Labour’s constitution.

I’m not so sure – and not just because I’d like to see Labour coming up with some bold alternative policies rather than turning inwards. One problem is timing. A giant internal constitutional battle is all very well for an opposition party in the first year of a parliament – it can even be cathartic – but is very dangerous less than two years from a general election, particularly when it’s only now that proposals are being tabled.

Miliband this week made it clear that he wants to move from opting out of Labour for union payers of the political levy to opting in, primaries for the London mayor selection and other selections, an overall cap on political donations – much of which makes sense in principle but, as OMOV showed 20 years ago, the devil is in the detail with this sort of thing, and there’s not a lot of time to sort it out.

The real problem, however, is it that it’s by no means clear that Miliband will win on the terrain on which he has chosen to fight. And if he loses, his credibility will be utterly destroyed. He has got his work cut out.

Not for the first time, I’m glad I’m not in the Labour leader’s shoes. Oh well. The sun is out and the sky is blue, and it’s nearly holiday time. And a Scotsman has won the men’s singles at Wimbledon for the first time since 1896. It’s not all completely depressing, is it?
Posted by Paul Anderson at 15:00 No comments:

Some points about the great Falkirk controversy (I was going to write about it in my Tribune column next week, but forget that):
The general election co-ordinator is a start. The shadow defence secretary and the trade union general secretary’s chief of staff would, for example, be small sacrifices to the cause. Otherwise, it's stuffed.
Posted by Paul Anderson at 23:57 No comments: