Once all Tolkien's pseudo-scholarship is gone, all you are left with is a chase movie. There's this hobbit, he's got a ring, the baddies want to get it and he has to keep running from them.

Posted by Paul Anderson at 02:26 No comments:

Gordon Brown has done what he had to do. The spending splurge on education is a serious challenge to the Tories — and it puts the sterile education bill arguments about the structure of the school system into perspective. Who really cares about the precise role of local education authorities if we're chucking cash at schools? The environmentalist stuff is also promising — though of course I could have done without the increases on beer and fags.

After a week of angst, I'm back on board with Labour again and will deliver those leaflets after all. And I'm not half as glum as I was about Broon becoming leader, though I'd still prefer Charles Clarke...
Posted by Paul Anderson at 23:26 No comments:

There has been lots of sensible stuff written about Labour's secret pre-election loans, and it's clear that the story creates a massive problem for Tony Blair, who appears to have been the only person who knew anything about it apart from Matt Carter, the party's general secretary in the run-up to the last general election. Dave Osler has made Labour's funding a speciality, and I recommend his take on it: start here and move with the groove.

One point that no one has aired but is nevertheless relevant: the reason Labour needed to raise cash by borrowing before the 2005 election was that its traditional fundraising was getting nowhere. Membership revenues were disastrously down; the telephone fundraising that had worked wonders in 1992 and 1997 (lots of individual members and supporters volunteering £50 or £100) stopped working in 2001; the unions were prepared to cough up so much but no more; and the party's campaign for donations from rich individuals was on the rocks because by 2005 most rich individuals didn't want to make a big thing of being on Labour's donors' list. Loans were a desperate measure to keep the party in business.

This is a story of a political party that looks to be on its last legs (which is not to say that the Tories, who borrowed a lot more, are in better shape). And it's utterly demoralising for everyone who has attempted to keep the Labour Party going as an organisation that mobilises ordinary people's — rather than millionaires' — interests.

I'm shocked, and disinclined to get my finger out for the local elections. I can't see any alternative to Labour, as long as it is cleaned up ... but it needs to be cleaned up fast for me and everyone else I know who works for the party.

This looks like a Lloyd George-style loans-for-peerages scam that stinks of old-fashioned corruption, a betrayal of all we hold dear — even though we've given up the rheoric of betrayal. Blair has some work to do to regain any kind of credibility. And I think it's beyond him.
Posted by Paul Anderson at 20:20 No comments:

Norm lays into Madeleine Bunting on Iraq — with some panache — here. (Bunting's piece is a boiler-plate leftist appeal to continue to ask who was guilty for the Iraq debacle etc.)


Bunting: 'This callow arrogance about the political cultures of other countries, more than any other issue, prompted my opposition to both wars.' That's an indirect way of saying (since it's a tough number to actually say it) that, in relation to Afghanistan and Iraq, projects of regime change and democratization were inevitably doomed because the indigenous cultures aren't receptive to them. No word about the millions in both countries who have come out to vote, under threat of violence against them if they did, showing every sign of a hunger for democracy. No word about the forces in those countries, trade unionists, women's groups, civic organizations, battling as best they can in desperate circumstances. No word.


Stunning.
Posted by Paul Anderson at 00:09 No comments:

I'm not shedding any tears for Slobodan Milosevic, a vile monster whose megalomania and cynical manipulation of Serb nationalism turned the disintegration of Yugoslavia into bloody carnage. But it is a pity his death has cheated the process of justice. There are good pieces by Brendan Simms in the Sunday Times (here), Nerma Jelacic in the Observer (here) and Mark Thompson in the Sunday Telegraph (here). Thompson, who reported brilliantly on the end of Yugoslavia for Tribune and the New Statesman, reminds readers of the part played by British, French and American appeasement in sustaining Milosevic in power in the early 1990s, when limited military intervention could have stopped him in his tracks:


John Major was at a loss over the Balkans, while Douglas Hurd was firmly pro-Serb, as were the French president François Mitterrand and his foreign minister Roland Dumas. This trio probably saved Milosevic's bacon in the crucial first year of war. They couldn't save his public reputation, which vied with those of Hitler and Pol Pot.

Then David Owen decided, as senior European negotiator, that he had no alternative but to engage with Milosevic - and so promoted him as the key to peace. After Owen stepped down, the baton passed to Bill Clinton's envoy, Richard Holbrooke. Like other sophisticated diplomats, these men thought they had a special bond with the butcher of Belgrade (an entirely apt tabloid tag).

Posted by Paul Anderson at 06:12 No comments:

Despite my enthusiasm for Alan Brazil (known as Pele in his Ipswich Town days less for his skill than for his surname, unfortunately, though I still rate him), the commercial sports station's latest signing deserves only one response (feel free to reproduce graphic):

Posted by Paul Anderson at 01:40 No comments:

PROLETARIAN GREETINGS TO THE PEOPLE'S REPORTER

Dave Osler, who was news editor on Tribune when I edited it many moons ago and who was nicknamed "the People's Reporter" by the subs on Lloyd's List, has started a blog here. Welcome to the blogosphere, comrade, though I'm not sure that getting into bed with the Militant Tendency, aka SPEW, the Socialist Party of England and Wales — as he suggests here — is really such a bright idea.
Posted by Paul Anderson at 17:34 No comments:

It's the 70th birthday of the Spitfire — and they've been flying some surviving planes around Southampton (click and look for the video feed). 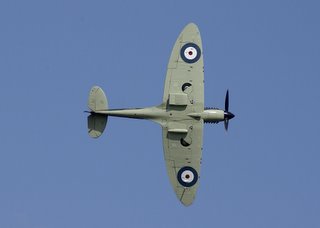 Posted by Paul Anderson at 19:08 No comments:

JOWELL ON THE ROPES

Tessa Jowell is one of the few Labour politicians about whom I have no strong opinion — but I've known for ages that her husband, the solicitor David Mills, was potentially a massive liability. I can't remember when his links with Silvio Berlusconi first surfaced, but it must have been at least five years ago. And before that, there was the little matter of his involvement with Bernie Ecclestone, the motor-racing entrepreneur who gave a massive donation to the Labour Party just when Labour was planning to ban sponsorship of sporting events by tobacco companies.

Now, I've no idea whether Mills took a bribe from Berlusconi or what Jowell knew about her husband's activities, but I can't help but agree with Peter Cole in the Independent on Sunday today (click here) when he says that the current hoo-hah about Mills's business dealings is anything but a vindication of the British press's fearless investigative journalism.

There has certainly been a prima facie case for investigating Mills's money for a long time — for the simple reasons (a) that he has been working for years for Berlusconi, a very rich and powerful man, to help him avoid tax; and (b) that Berlusconi has, to say the least, an extraordinarily murky past, some extremely dubious associates and a political-media power base that is a scandal in itself (on which see Paul Ginsborg's piece in the Observer here).

But the truth is that none of the British papers took very much interest in Mills until the story required the minimum of effort — because various Italian investigating magistrates turned up a large number of documents that suggest he might have done something very dodgy indeed. Fearless? Tell me another.
Posted by Paul Anderson at 17:38 No comments:

Unless I've missed something, not one paper in the UK ran this very coherent and reasonable piece by the culture editor of Jyllands Posten on why he published those cartoons or this interview with the cartoonist who drew the Prophet with a bomb in his turban. Have I lost the plot or have they in fact appeared somewhere?

Posted by Paul Anderson at 19:17 No comments: