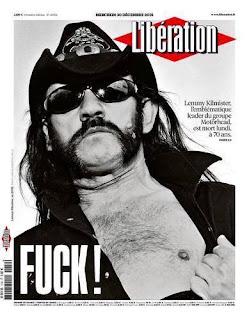 Posted by Paul Anderson at 15:57 No comments:

LEFT TO THEIR OWN DEVICES

A new outro for Moscow Gold? by me and Kevin Davey online here.
Posted by Paul Anderson at 13:41 No comments:

'All over the war-wrecked areas from Brussels to Stalingrad, other uncounted millions are living in the cellars of bombed houses, in hide-outs in the forests, or in squalid huts behind barbed wire. It is not so pleasant to read almost simultaneously that a large proportion of our Christmas turkeys will come from Hungary, and that the Hungarian writers and journalists – presumably not the worst-paid section of the community – are in such desperate straits that they would be glad to receive presents of saccharine and cast-off clothing from English sympathisers. In such circumstances we could hardly have a "proper" Christmas, even if the materials for it existed.

'But we will have one sooner or later, in 1947, or 1948, or maybe even in 1949. And when we do, may there be no gloomy voices of vegetarians or teetotallers to lecture us about the things that we are doing to the linings of our stomachs. One celebrates a feast for its own sake, and not for any supposed benefit to the lining of one’s stomach. Meanwhile Christmas is here, or nearly. Santa Claus is rounding up his reindeer, the postman staggers from door to door beneath his bulging sack of Christmas cards, the black markets are humming, and Britain has imported over 7,000 crates of mistletoe from France. So I wish everyone an old-fashioned Christmas in 1947, and meanwhile, half a turkey, three tangerines, and a bottle of whisky at not more than double the legal price.'

It's difficult to know where to begin on this, but here goes: