DID THE EARTH MOVE FOR YOU?

I thought it was a big lorry that shouldn't have been out so late. But in Market Rasen it was something else, according to the BBC:


At the offices of the town's local newspaper, the Market Rasen Mail, the earthquake broke the usual daily news agenda.
Michael Steed, one of the paper's two reporters, said the earthquake had happened too late to make this week's edition, but it was likely to be the front page story next week.

Posted by Paul Anderson at 23:48 No comments:

Few books have caused quite such a stir of late as the Guardian journalist Nick Davies’s excoriating expose of British journalism, Flat Earth News. It has been reviewed at length in every quality national, discussed in columns and on radio and TV, excerpted by four different newspapers and magazines.

And it’s not hard to see why there is such interest. Davies breaks the journalistic convention that “dog doesn’t eat dog” – in other words, that journalists don’t attack one another in public – and he does it with panache. No newspaper or broadcaster is spared in his assault on what he calls “churnalism”, “journalists failing to perform the basic functions of their profession; quite unable to tell the reader the truth about what is happening on their patch”.

But is he right? On quite a lot, yes. Journalists too often fail to question received wisdom of all kinds. They are too often bamboozled by spin doctors, corporate public relations companies, axe-grinding pressure groups and disinformation specialists from the spook world. Too many journalists – particularly on local newspapers – are so overworked that they spend nearly all their time recycling press releases, interview only over the phone (never face-to-face) and rarely leave the office. In many news organisations, pressure of time means that facts aren’t checked. Many newspapers and broadcasting outlets have cut back on investigative journalism because it’s too expensive. Some journalists use extraordinarily dubious methods to dig up information; some get too close to their sources. There’s a deeply unpleasant culture of bullying in some national newspapers; others are utterly cynical about running any story that will boost circulation even though they know it to be untrue.

All the same, Davies over-eggs the pudding. He started work on Flat Earth News, he says, because of “a single, notorious story – the long and twisting saga of the weapons of mass destruction in Iraq”: “As the sand settled after the invasion in March 2003 and the weaponless reality slowly began to emerge, journalists across the world started looking for the truth and yet almost all of them wrote about it as though this were a screw-up generated only by intelligence agencies and governments, invariably failing to expose their own profession’s global contribution.”

Yet the chapter of the book that focuses most directly on WMD and is in the end its weakest. It’s an account of how the Observer – which is of course the Guardian’s sister paper – got the story wrong in the lead-up to the invasion of Iraq in 2003.

The chapter starts well: its first part is about the reporter David Rose, who ran a series of articles in the wake of 9/11 based on dubious sources: Iraqi exiles and US and British intelligence officials. Rose swallowed the story that there was an Iraqi connection to 9/11, used ropey evidence to question the credibility of Scott Ritter (the American former-weapons-inspector who questioned whether Saddam had WMD) and generally got caught up in what he later described as “a calculated set-up, devised to foster the propaganda for war”. It’s an amazing tale of journalistic misjudgment and Davies tells it well, though I’m unconvinced by his assumption that Rose’s work had a massive impact on the minds of Observer readers: I remember his stories well, and like everyone I know took them with a very large pinch of salt.

What has got them talking in Farringdon Road, though, are Davies’s allegations about the relationship between the Observer and the British government in 2002-03. He has it that the Observer’s editor, Roger Alton, and its political editor, Kamal Ahmed, were manipulated by Alastair Campbell into becoming mouthpieces for No 10 Downing Street – and it’s here that I start to get really sceptical.

Davies suggests that Alton and Ahmed were tricked into supporting the toppling of Saddam and then themselves used underhand means to ensure that the Observer, in defiance of its liberal traditions, backed the government. But a much more plausible explanation of their actions is the simplest: that they came independently to the conclusion that Saddam was a vile dictator who should be overthrown, and so backed the war. They might have been wrong, but there is insufficient evidence to impugn their integrity as Davies does.

I also think he exaggerates both the reliance of the quality national press on news agencies and the unreliability of agency copy – and there are plenty of counter-examples that undermine his claim that investigative journalism is disappearing, not least from his own paper (though you can also find it on occasion even in the Daily Mail). In other words, most journalism in Britain is pretty good, and the best of it is excellent.

But Flat Earth News provides a salutary warning about where things are wrong and what could happen in a worst-case projection of current trends. And you know what? Dog eating dog is horribly watchable.
Posted by Paul Anderson at 18:26 No comments: 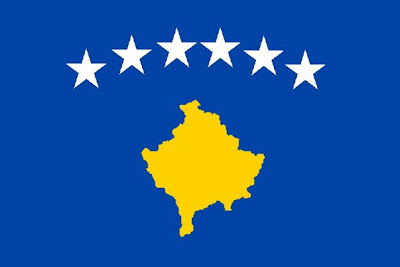 Posted by Paul Anderson at 11:01 No comments:

Posted by Paul Anderson at 22:41 No comments:

... AND IT'S GOODNIGHT FROM JOHN KAMPFNER

I have no insider gossip on the shenanigans at the New Statesman that have led to the resignation of its editor, John Kampfner, and I'm not particularly shocked: I didn't think he was any good. Under his watch the paper — with notable exceptions, most importantly the contributions of Martin Bright as political editor — has been terribly predictable and intellectually unchallenging .

But Kampfner's demise is significant, not least because it highlights the role of Geoffrey Robinson as NS proprietor. I'm almost prepared to accept that the millionaire MP for Coventry North West — who is, incidentally, a complete dickhead — doesn't interfere day-to-day with the editorial side of the paper. But he bought it as a favour for Gordon and Tony way back in 1996, and his "non-interventionism" has always on balance favoured his mates (Gordon and his pals). From the paper's point of view, now might be a rather good time to sell out to its readers, as we wanted to in 1996, and regain a little credibility.
Posted by Paul Anderson at 15:34 No comments: